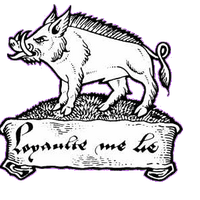 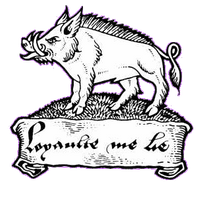 A TALE OF TWO PIETIES : ANNE NEVILLE AND RICHARD DUKE OF GLOUCESTER

How did Richard’s piety contrast with that of his wife and how can we use this information to illuminate Richard’s personality and attitudes ? Evidence indicates Richard was well informed on religious issues : an indication that an ecclesiastical career may have been planned by his father for his fourth son up to the age of seven. The content of this talk will be included in a forthcoming biography in the English Monarchs series.

MARGARET OF ANJOU ; HEROINE OR HARPY ?

Vilified as a “She-Wolf” , vengeful and implacable, blamed for the loss of France and the downfall of the Lancastrian dynasty, how far are these accusations legitimate ? Some historians have praised her indomitable tenacity and personal courage as she struggled to support possibly the weakest and most inept king ever to sit on the throne of England. John Reid will present a comprehensive overview, evaluating the virtues and vices of this controversial queen.

ASPECTS OF TUDOR ENGLAND – WHAT HAPPENED AFTER BOSWORTH ?

Was England very different under Tudor rule ? The great divide of 1485 is not really quite so wide ; the Middle Ages did not come to a full stop and Richard III did leave a legacy.

Edward IV's queen, Elizabeth Woodville, has been painted as a temptress, a witch, and an ambitious schemer ready to bring others to their death for thwarting her. Yet others have seen her as a romantic heroine, a  'most benevolent queen' and a tragic 'mater dolorosa'.  This talk will consider how she came by her conflicting reputations, what truth lies behind them and what we can really know of her relationship with Richard III.

A MEDIEVAL MEAL BY THE COPPER POT ,”purveyors of Fine Historic Foods”

Talk by Stephen David [ To be confirmed ]

Festive food and drink by way of an informal introduction to the Christmas season.

NB. this will start at noon

PLEASE NOTE :  ALL MEETINGS, UNLESS OTHERWISE INDICATED, WILL BE HELD AT THE EMMANUEL HALL, FAIRFIELD PARADE, LECKHAMPTON, GL53 7PJ

Meetings commence at 2.30 pm with the exceptions where noted. As agreed at the AGM, for meetings where there is an outside speakers a charge of £3 will be made to offset costs [ £5 for non-Branch members ].