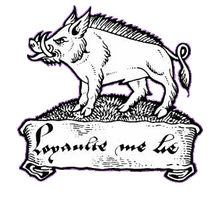 Due to COVID-19 restrictions, the branch plan to host meetings and talks online via Zoom, initially through September but subject to review as we go forward.

All attendees (including branch members) are asked to regsiter to tickets via Eventbrite. Guests (non members) are also welcome to attend. Talks are currently free of charge but ticketing allows us to ensure there is sufficient space in the meeting room. Instructions will be emailed to ticket holders via the event management site 1 day before the talk. If you register within 36 hours of the event, please contact the branch secretary via 'richardiiigloucesterofficer@gmail.com' for joining details.

This talk has been re-scheduled to take place on Saturday 1st May 2021.

The Peasants’ Revolt was one of the largest popular uprisings in medieval Europe and rocked the country in the summer of 1381. Central to this innovative project is the creation of a database to provide the first overview of events, places and people involved. Judicial and manorial documents will be combined with records of central and local government, poll tax records and more, to reconstruct collective biographies of the people caught up in the rising. In addition to developing case studies of individual rebels and their victims, the project will be a unique ‘history from below’, using an unparalleled set of medieval records to investigate the participation of social groups whose role has been little investigated, such as household servants, soldiers and women.

Illustrated talk by Professor Adrian Bell, Chair in the History of Finance, University of Reading

The untimely death of Richard’s wife, Anne Neville, necessitated immediate diplomatic measures to find a suitable spouse to secure an heir to the throne while negotiating a complex political situation. A policy developed over the Winter of 1484 but undoubtedly had earlier roots which would have been set in the constantly changing European political scene. A “good” marriage was essential not only to address dynastic considerations but to meet the needs of a wider diplomatic, domestic and foreign policy. In developing such a critical plan no doubt Richard would be acutely aware of the consequences of his brother Edward IV’s disastrous marriage!

Stephen David is a senior lecturer in adult education with a particular interest in the fifteenth century. He has a degree in History and an MA by research in Medieval History. He has lectured widely to the Richard III Society and other historical groups on may facets of the Wars of the Roses. He has published articles in journals such as The Ricardian and for the Towton Battlefield Society.

Richard, Duke of York and his son, Edward, controlled a large swathe of the Welsh Marcher Lordships. As Marcher Lords they had unique powers with resources and armies that were critical in claiming and winning the crown. This talk explores the development and importance of the Marcher Lordships with their regal-like powers, and their role in the Wars of the Roses.

Annie Garthwaite is the Editor of Mortimer Matters, a Committee Member of the Mortimer History Society and a member of the Richard III Society, she has an MA in writing.  Her talk will start with a synopsis of Cecily's life, the mother of Richard III, who is the strong woman at the heart of Annie's debut novel CECILY which will be published by Viking Books this July.  Annie will then read extracts from her book and discusses aspects of the writing.

No medieval queen of England has been more vilified , both by contempories and later historians, than Margaret of Anjou. Was she really a “She Wolf”, a blood- spattered harpy or a tragic heroine unjustly demonized merely for being a woman beset by unbearable problems, made a scapegoat for her feeble husband’s inability to rule, and who was only trying to protect the rightful inheritance of their son ?

John Reid will provide an in-depth assessment of her life while applying a comprehensive approach to evaluating the key issues in which she became engaged.

After a distinguished career in the teaching of history John’s recent retirement has not diminished his passion for the subject and his particular interest in Henry VI and his wife, Margaret of Anjou. He is a “very long-time member of the Richard III Society” and swears he joined not long after 1485 ! Until the recent demise of the University of Bristol outreach project he ran courses for adults on several subjects and, prior to the Covid pandemic, spent time marking and moderating A level History papers.

Controversy persists in respect of the actual site of the battle and a new archaeological investigation has been introduced to assess the two sites currently in contention as the real battlefield.

Gary Ball is Project Director at the Battlefield’s Trust Mortimer’s Cross 1461 battlefield archaeology project. He has a real passion for the past which he enjoys sharing with others through heritage interpretation and volunteer management making the past accessible to all.

A fascinating insight and study of Isabel Ruddock the wife of a successful Bristol merchant during the early fifteenth century. In this context Esther provides a concise focus on the religious practices and mores of a typical woman of her class and position in local society during the period.

Esther Lewis finished her PhD at the University of Nottingham in 2020. Her research focuses on religious belief and experience in late medieval England, focusing on the port town of Bristol. Her PhD was funding by the Midlands 3 Cities Doctoral Training Partnership and she has published in Nottingham Medieval studies on heresy in the late medieval town. In this paper, she will discuss the experience of women in Bristol and their religious lives

An opportunity for us all to meet face-to-face once gain and after such a long enforced absence from “live” meetings. We plan the usual short AGM formality followed by an informal tea party and a bring and buy book sale of historical books to raise much needed funds for the Branch.

THE ROLE OF THE MEDIEVAL HERALD (via Zoom starting at 1:45 for 2pm)

How did Medieval heralds operate and how did their role develop in both
periods of warfare and peace?

David Fawcett is a member of the Plantagenet Society and the Medieval Heritage Society and is part of the Salisbury Education Department where he is involved with medieval period. Having been involved with both the Military and Civil police, law and order in medieval times interested him. With encouragement from Professor Anne Curry he started researching the Medieval Herald.

THE HISTORY OF CHRISTMAS (via Zoom starting at 6:45 for 7pm)

there is a charge of £3/ticket

When did Christmas become Christmas? How old are the customs which we observe at it now? Are Santa Claus and Father Christmas the same, and where did they come from? Are there any enduring characteristics of a midwinter festival which survive any historical changes? This talk is designed to answer all of these questions, and more.

MEETINGS ARE CURRENTLY TAKING PLACE VIA ZOOM AND START TIMES VARY (these are noted  in the detailed information above).

These Zoom meetings are NORMALLY without charge (NB. we are charging a nominal fee for the December talk by Prof Ron Hutton).

Joining instructions will be circulated to ticket holders the day before the event. Branch members and guests are welcome, but need to register (currently via Eventbrite) for tickets.

**We are hoping that we can hold the AGM together with a Bring and Buy Sale of Historical Books and tea party at our usual venue, the Emmanuel Church Hall, Fairfield Parade, Leckhampton GL53 7PJ. Notices will be sent out prior to the event.